Bernese Mountain Dogs were bred for carting, farm work, and companionship. You can see each of these characteristics in Max. When he was 4 months old we started tying empty milk jugs to his harness to get him used to something dragging behind him. The sound of the jugs dragging across the gravel would scare most dogs but Max loved it and took to it like he was born for it. As soon as he was old enough we started having him cart us around the farm hauling small bales to horses and chicken feed to the coop. Every time I ask him if he is ready to go he gets a big grin on his face and runs to the cart to be hooked up. He has the smile Bernese are known for. He is the happiest dog around. I love that I can hook him up to a harness and he will pull whatever I ask him to but when I have him on a leash he will not pull. He is a gentle giant, I can have him out with the rabbits or the chickens and he doesn’t bother them. Even though he is the size of my mini mare he doesn’t bother her. Sometimes he goes and sits in the straw with the ponies. He is the guardian over the farm. A lot of people will say that Bernese are not smart but I have to disagree. Max is one of the smartest Bernese I have seen. He is completely off leash trained and loves to do what I ask. Even when I have a dog in heat he will still come when called. That takes a lot of restraint when nature is telling him one thing and I am telling him another.

When looking for a Bernese mountain dog stud for my Bernedoodle program I set out to find the healthiest line I could. Sadly pure bred Bernese Mountain Dogs have one of the shortest lifespans in the dog world and die from cancer often. I did my research and found that European Bernese were generally much healthier than American Bernese. I searched online and found the breeder. I was lucky enough to not have to wait on a list for years for him. He was 3 weeks old when I found him. As soon as I saw his picture I knew I had to have him. I am usually really picky about color but my idea with him was that because his brown crossed over on his white and he had more brown than white maybe his puppies will have more brown than a Bernese with more white and less brown. I couldn’t wait to test my theory. He had his first litter when he was 18 months old. The puppies with brown had more brown than the previous litter with the same female poodle so we were tight in our theory.

He comes from generations of health tested dogs and from one of the most sought after lines in the Bernese Mountain Dog world. His dad is from Belgium NOLAN VAN’T STOKERYBOS and his mom is from Rome XENIA DE PARMEN AURIU. He has world champion Emerson Van ‘T Stokerbos, BOBBY VAN ‘T STOKERYBOSHERNI VANT’T STOKERYBOS, and JUSTENJOY VAN’T STOKERYBOS to name a few world champions in his 3 generation pedigree. He has an exceptional pedigree and it shows. He has perfect confirmation, temperament, and health. He passed his OFA scoring with Good hips and normal elbows.

He has had 4 Bernedoodle litters for us and every litter was exactly what we hoped it would be. I have had Bernedoodle litters with other bernese males with my poodles and not one was as good as his. He produces beautiful stocky builds, amazing temperaments, and perfect health. He is the perfect match for our poodle girls. I love the Bernese build and really want that to show through with my Bernedoodle puppies. With him I can see it in the puppies even as young as a few days old.

Max is my big teddy bear. He doesn’t have a mean bone in his body but I feel like if he thought I was in danger he would protect me. He is very loyal. When we go for our runs he is one of the Bernese that goes all the way instead of waiting for me at the corner. He loves to be with me and prefers my company over anyone else. It is funny because he is the biggest male in the house but he lets Milo boss him around. Milo is one of the smallest dogs in the house. If Max is sitting where Milo wants to all milo has to do to get him to move is walk over to him. I love that Max has a sweet loving disposition and gets along with everyone. I see his loving loyal personality in his Bernedoodle puppies. He is more human than dog. When I talk to him he seems to understand what I am saying. Even if he is staring at me with his tongue out. He tilts his head from side to side moving his ears up as if he were trying to listen. He is a great companion and I am lucky to have him. Even with his large size he does not drool or slobber.

I cannot wait for his next Bernedoodle litter with Dessie. I will be keeping a puppy back for my Bernedoodle program. This is one of my favorite pairings. Dessie and Max have past Bernedoodle puppies in service and therapy work. Every one of their past puppies is the perfect example of what we are looking for in a Bernedoodle. All of our families love them and if you ever meet one you will know why.

He is about 100 pounds of fluff and love. We are excited to see more of his Bernedoodle puppies in the near future.

His hips and elbows tested good with OFA. He is DNA tested with Pawprints He is clear/clear for vwd and Clear/carrier for DM 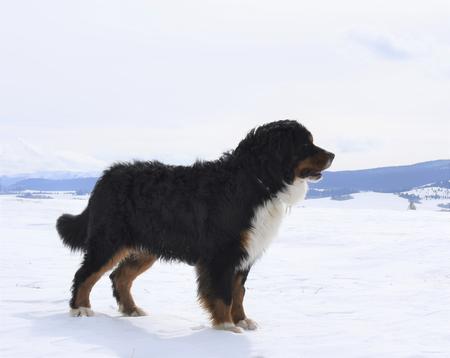 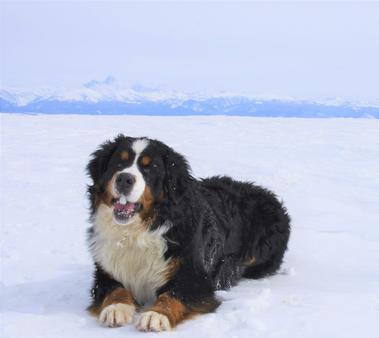 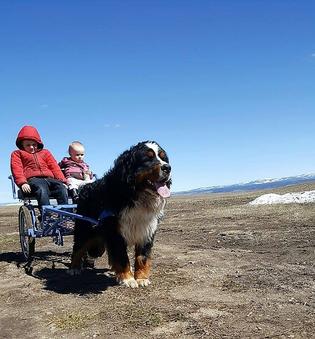 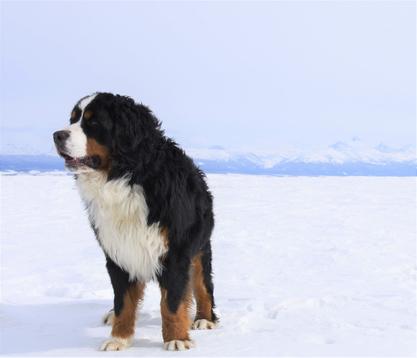